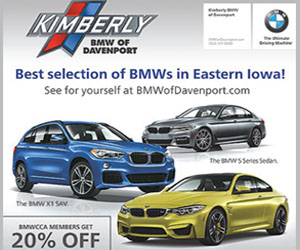 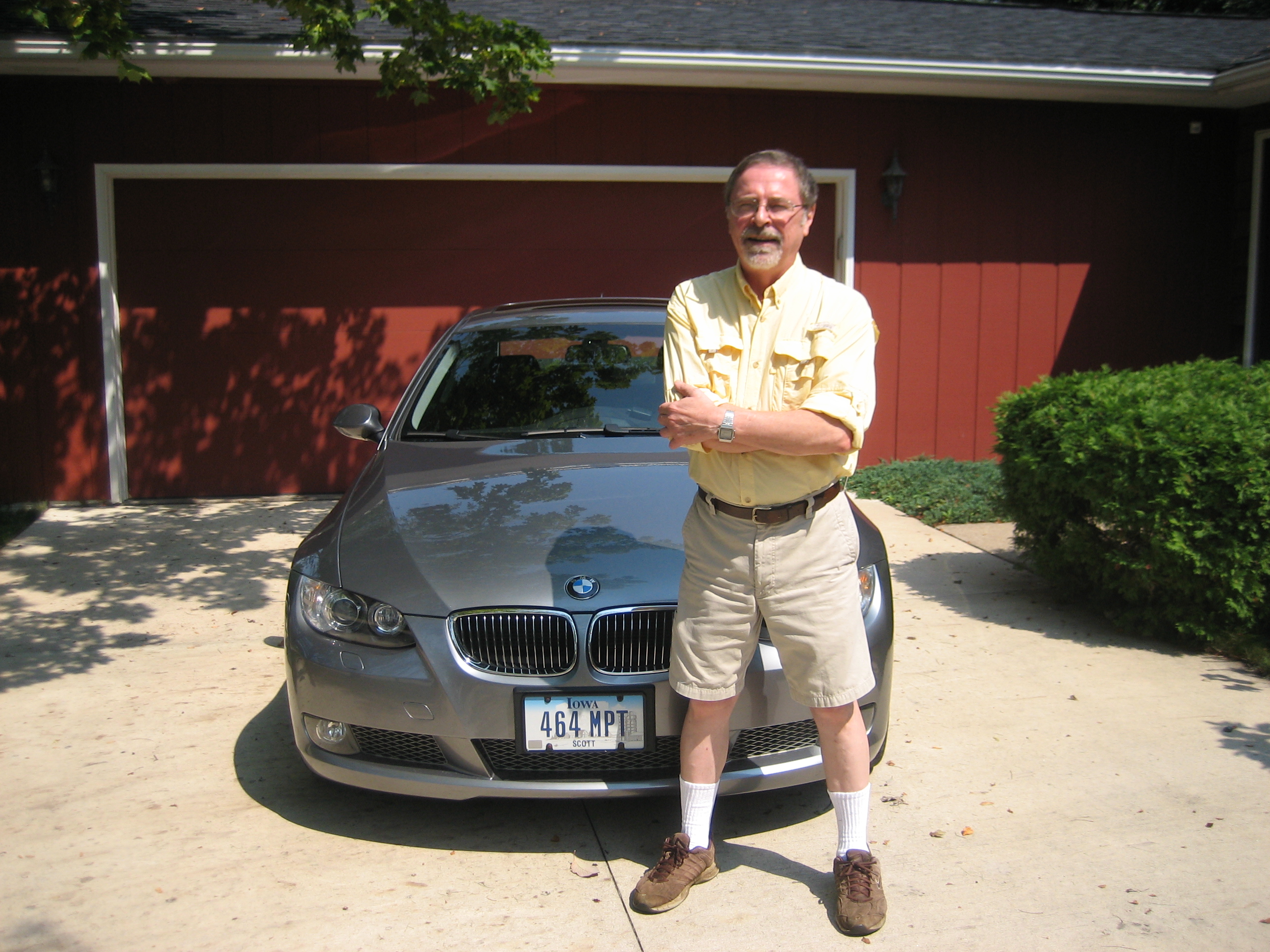 I moved to Davenport from Bismarck in 1972. I changed to Bettendorf in 1986. I stayed put. This is a good place.

A BMW is something else. David E. Davis, Jr. shared his thoughts about the 1968 BMW 2002 in Car and Driver and I was intrigued . To find myself but forty miles from Bicklehuapt Mercedes/BMW in Clinton peaked that interest. In 1974, they made me the owner of a lightly-used 1973 2002. That coupe was so obscure. Folks would approach to ask what sort of Benz it was. My usual reply was, “the only one that does not handle like a truck.”

I traded up to a new 1980 320i. Wow, this one had AM/FM/cassette and A/C also! But without limited slip, that one aggrieved me in too many winters, so I sold it in 1988 and drove 4X4 pickups and utilities until the urge for another sport coupe overcame me.

This 2008 335xi is it, topping its elders in terms of power, weight, agility, complexity, and sophistication not to mention cost. I drive it all year long.

I love steep mountains and twisted valleys with well-engineered roads connecting them. Take Old Idaho 7 from Orifino to Kendrick and you will find your Bimmer in its proper place.

I dream of taking a MacLaren F1 over the Beartooth Highway into the Sunlight Basin just before the first snow falls and all the other tourists are gone.

No, I do not want to own an F1! The taxman would lurk.

Comments Off on Gaylen Fischer of Bettendorf 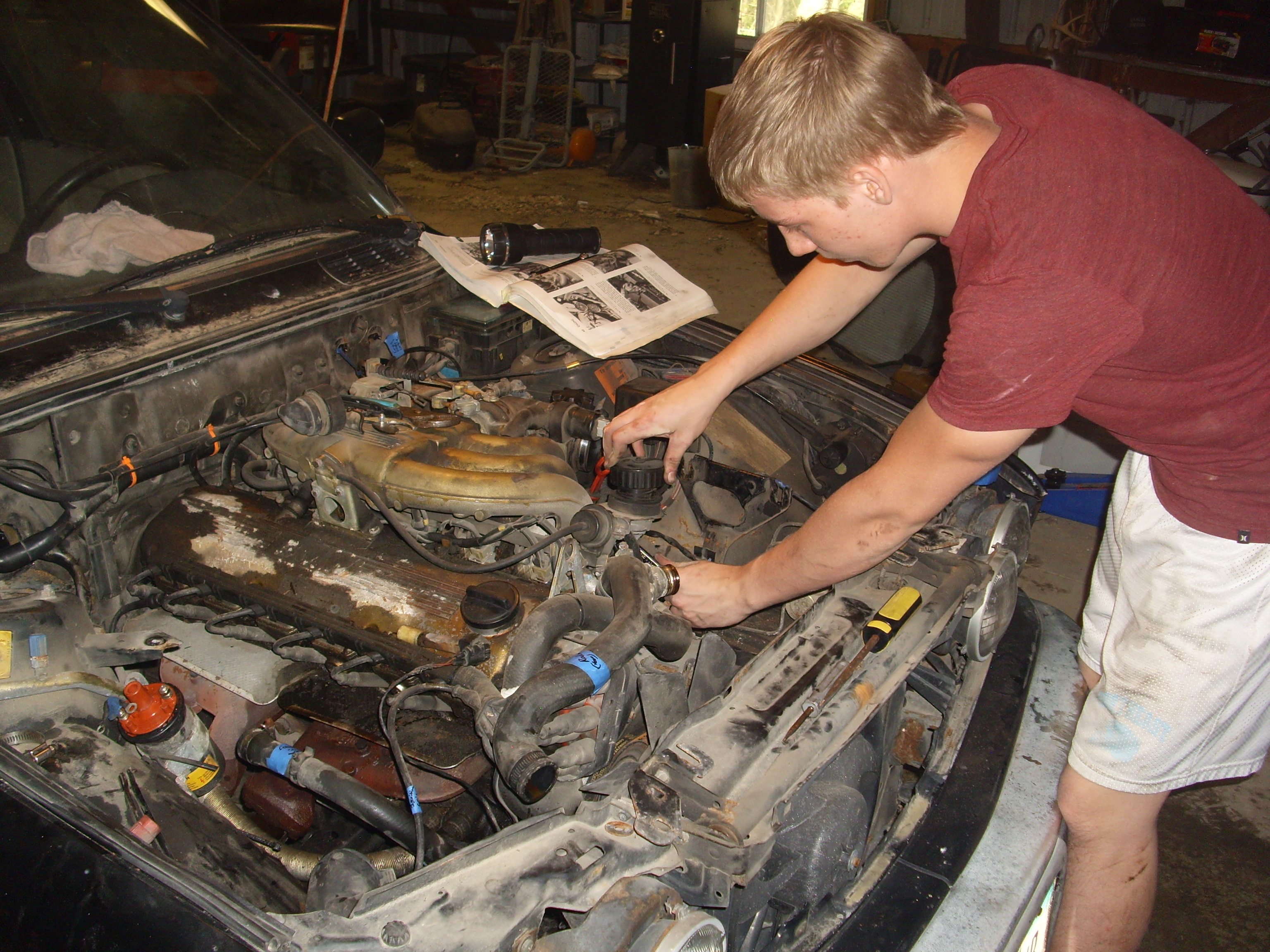 I was looking for my first car but I definitely wanted something that stood out. Being German, when I found BMW I felt a lot of pride for a car put at the benchmark of its class. You never really know how connected you can feel to the road until you have driven a BMW!

Probably my favorite thing is the response I get from friends after taking them for a spirited drive and they say, “Wow! This is such an old car, and it’s great!” (Already had one friend buy an e30 after driving mine).

The go-kart races in Delmar were awesome this year. I am really looking forward to some group drives and autocross, though.

One day I will own a Hennarot e30 M3. That is my dream car for sure.

Comments Off on Chaz Bormann of Charlotte IA 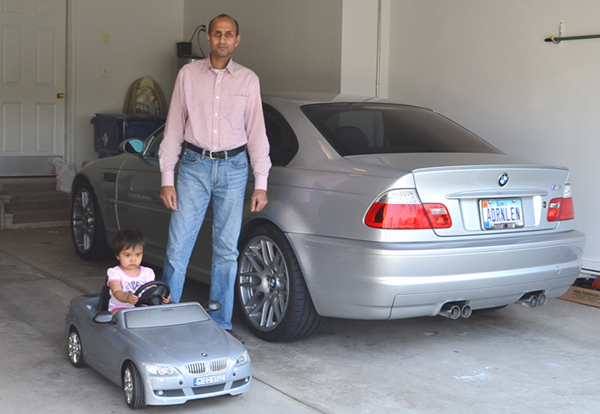 I used to live across from Zimmerman BMW in Cedar Rapids and rode a bus to work every day. During bad winter weather, their service staff would always invite me to come in and check out their “Stuff” while I waited for the bus. They also didn’t miss the opportunity to point out that public transportation didn’t have heated seats and eventually sold me my first BMW.

Back in 2004, we drove over 4,000 miles in little over two weeks covering 10 states in the middle of winter. From Michigan to Alabama, our 323i performed flawlessly and in spite of being hectic, it was an enjoyable experience.

What is your favorite BMW Club event?

A turbo version of a famous brand from Stuttgart.

Comments Off on Manoj Tomar of Urbandale 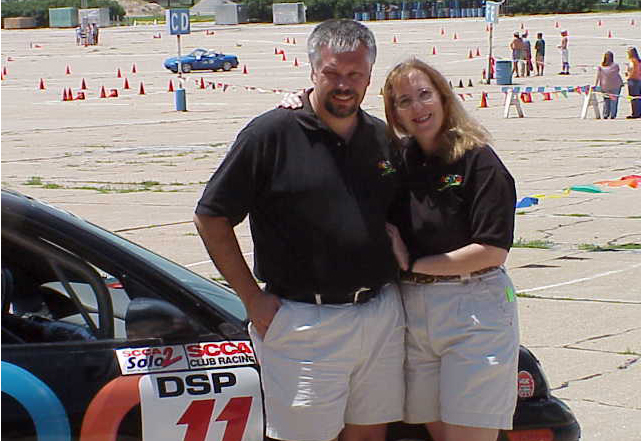 We don’t own any BMWs yet. But, we have considered a MINI from time to time.

LDDS or O’fest. Since we are we out here in Omaha, we don’t get to see many Iowa chapter members too often except for the LDDS. O’fest is fun as it becomes a destination vacation, but all your friends are there and you get to go drive fantastic road courses.

Comments Off on Jan and Candy Gerber 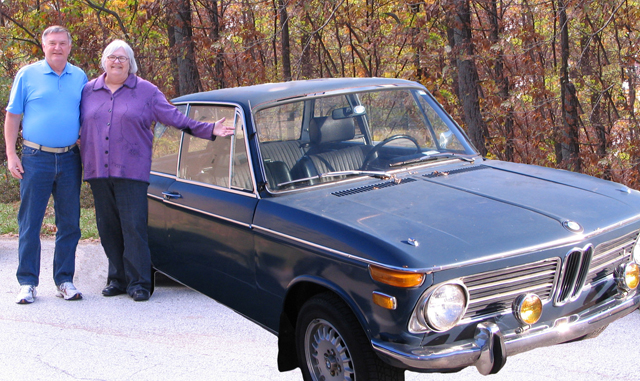 We purchased our first BMW because Ed needed a car to drive to work and wanted something unique and sporty. A friend’s brother had introduced Ed to a BMW 1600, which the brother provided a few exhilarating drives around Iowa City. The 71 2002 was a nice little car to drive, but with 120,000 miles, blue smoke and rust it, was time to trade. We then bought the 75 2002 from Otto Buwalda Imports in Ames. It was a beautiful orange, that I soon would turn into Hawkeye Old Gold and Black (one of the bigger mistakes in my life). When the jacking points rusted through, we temporarily got out of the BMW business. A few years later Ed came across a 733i with only 73,000 miles. Although not quick off the line, it was a real cruiser. From 70 to 90 mph, it was relatively quick.

We drove the 75 2002 to French Lick Indiana one summer, with our 8 year old daughter Ellen, safely buckled in the back seat. French lick, the birthplace of Larry Bird, is a relatively rural area with seemingly unending two lane blacktop roads with little or no traffic and many 15-25 MPH curves. As Ed was running through the gears and using his best heal/toe downshifting technique, our daughter was enjoying leaning first left, then right. When Ed slowed down, Ellen suddenly piped up “Faster Dad, I can take it”. A sports car fanatic in the making!

One Christmas we had driven to San Antonio in the 733i. On the return trip, we encountered rain, then ice, then snow somewhere near Dallas. We drove the next 350 miles in the worst of driving conditions. I was so impressed with the handling and traction of this heavy real wheel drive car as we passed at 35 MPH four wheel drive SUV’s and other vehicles that had found the median or ditches. Even when we exited the car after 19 hour drive, it just didn’t seem that bad. In retrospect, I suspect it was because that car was so stable and comfortable.

At this point, we would agree that the fall drive to Hanibal was our favorite event; mostly because of the social interaction and driving. We also enjoy the monthly socials.

1971 2002 all painted with a updated 1989-90 318i engine and 5 speed manual tranny, with some updated suspension, brakes, and electronic upgrades. I intend to have this car be my daily driver. Another story: last month as we were driving it to Urbandale from Marshalltown (where I had just bought it), I stopped for a short break at the Caseys in Bondurant. As I got out of the car, a young girl about 14 commented, “What a neat car!” That made my day and completely erased any thoughts of buyer’s remorse.

Comments Off on Ed and Cecilia (Cece) Arnold