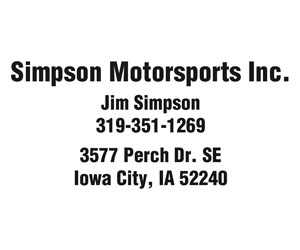 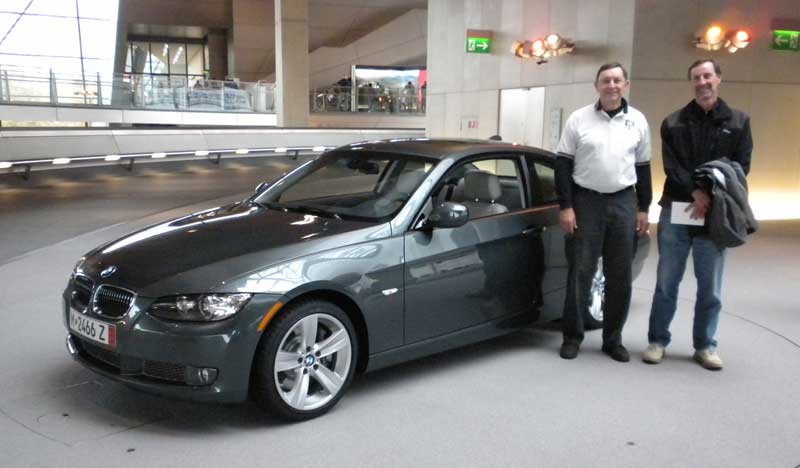 I wanted to trade in two cars (an Oldsmobile Toronado and a Nissan 300ZX) and get one car that combined the luxury and sportiness of both. That led me to my first BMW, a 2000 328Ci. I liked it so much (and the club activities & members) that I later replaced it with another new one.

Both were purchased at Kimberly BMW in Davenport, my old home town. I had good luck with the first one, and my brother in Wisconsin liked it a lot. He wound up getting a 2005 325Xi. Later, I started to make plans for a European Delivery of my new one – as reported in Newswerks previously. I sold the 2000 to him (for his son) and he accompanied me to Munich in October of 2009 to pick it up. We visited relatives near Frankfurt, drove the Nurburgring, and toured Berlin and Amsterdam. The car was left at the port in the Netherlands in late October. It arrived stateside around Thanksgiving. I had hoped to pick it up in Davenport before Christmas and proceed to Wisconsin, but the accessories I had purchased were not quite installed when I arrived. Kimberly lent me an X3 for the holiday, and I got it on the way back.

Is all a good answer? The picnic and annual dinner are always good. I’ve been to several driving schools at MAM, a Fall Colors Tour, another cruise, one Ocktoberfest, and several tech sessions. Perhaps the most fun AND rewarding event is helping out as an in-car coach at the Street Survival schools.

Other cars in the garage: